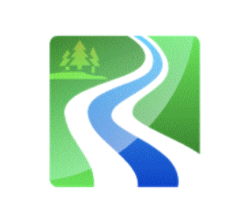 NET Africa is an environmental management NGO with a focus on wetlands in Africa, including lakes, rivers, swamps, marshes, peatlands, mangroves, and coral reefs. Wetlands play an important, holistic role in the life of a community. Wetlands provide us with water, they protect us from floods, droughts, and other disasters, provide food and livelihoods to millions of people, support rich biodiversity, and store more carbon than any other ecosystem. Yet, the value of wetlands remains largely unrecognized by policy and decision-makers. Therefore, the environmental management of such wetlands is of vital importance. It is part of our mandate to hold regional, national and local governments, institutions, civil society, and citizens accountable for the management of such important natural resources.

NET Africa (Natural Environment Technology in Africa) is committed to wetlands in Africa, including lakes, rivers, swamps, marshes, peatlands, mangroves, and coral reefs. We are committed to making the accountability of managing wetlands a high priority for policy and decision-makers because they play an essential holistic role in the life of a community.

The link between the 17 SDGs and wetlands is acknowledged. The benefits of wetlands are linked into all the SDG goals and targets. The lack of recognition by policy and decision-makers of the value of wetlands requires a committed mandate to change the existing reality into a dialogue of commitment and effective accountability that makes a difference to local people on the ground.

We have developed the SDG Ambassador Program: a large, voluntary movement of young graduates, who are either representing us nationally or regionally in Africa. The SDG Ambassador Program encourages young people to hold their local, national, or regional government officials as well as citizens accountable for the state of the wetland. Currently, we have four regional SDG Ambassadors representing North, East, West, and Southern Africa. We also have several national Ambassadors based within these regions. We provide weekly research reports and develop projects and programs on the ground to improve the environmental management of the wetland and communicate its worth. We have just started this program this year, and we aim to increase the number of ambassadors to the extent of having a representative in each country writing research reports that can become policy documents and statements to change the current state of play.