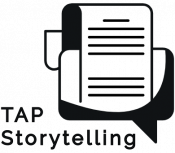 Assessing Canada’s Right to Information Practice:
A Guest Blog by The Centre for Law and Democracy

By the Centre for Law and Democracy, Halifax, Canada

The Centre for Law and Democracy (CLD), founded in 2010, is a non-profit corporation based in Halifax, Canada working to promote, protect and develop international human rights that strengthen participatory democracy. These rights include, among others, freedom of expression, access to information, freedom of assembly and association and the right to vote and participate in governance. To uphold these rights, the CLD undertakes research, educational outreach, technical assistance and collaborative work with other organizations and governments across the globe. CLD has been a proud Partner of TAP Network since 2019 and collaborates closely with TAP’s work on a regular basis, for example being an active member of the TAP Advocacy Working Group.

One of CLD’s key areas of work is engagement with the Sustainable Development Goals or 2030 Agenda. Specifically, CLD works to promote progress on target 16.10 to ensure public access to information and protect fundamental freedoms, including through supporting countries to adopt and implement strong legal guarantees of the right to access public information (the right to information or RTI).

CLD has contributed to several useful tools that civil society organizations and other actors around the world can use to measure progress on Indicator 16.10.2 in their countries, in terms of both adoption and implementation of RTI laws. For example, CLD developed and manages the RTI Rating, which measures the strength of the legal framework for RTI in each country. In terms of implementation, CLD helped to develop and applies, annually, the Freedom of Information Advocates Network (FOIAnet) Methodology, which is a methodology that any organization or individual can apply to measure how well their government has implemented the RTI law. The full methodology is available here in a Word document that contains instructions and a useful scoring rubric that should make it easy for anyone to apply the methodology. This blogpost provides an example of how the methodology can be applied using CLD’s application of the methodology to Canada in early 2021 as an example.

The methodology evaluates the effectiveness of implementation of a country’s RTI law by analyzing 5-10 national public agencies across three assessment areas. CLD applied this methodology to 14 federal authorities in Canada which are subject to the federal Access to Information Act (ATI Act); Canada’s provinces, territories and some municipalities have their own RTI laws. The authorities receive a grade from 0-100% in each assessment area, and all the assessed authorities’ grades are averaged to produce a national score in the assessment area.

The central analysis assesses whether the country has 1) an established RTI agency and 2) an independent RTI oversight body. Scores of full (100%), partial (50%) or none (0%) are allocated for each issue. In Canada, the Department of Justice and the Treasury Board Secretariat coordinate access to information responsibilities while the Office of the Information Commissioner independently investigates complaints related to information requests. As a result, Canada received a full grade for both parts of the analysis and 100% overall on the central analysis.

The analysis of the measures taken by each authority to implement RTI is broken down into five categories:

Similar to the central analysis, each authority is given a grade of full, partial or none in each category. The authority’s overall grade is the average of these five values; for example, the Canadian Space Agency had fully satisfied each category, resulting in an overall score of 100%. The scores for all authorities are averaged for each category, which are then averaged with the central scores, to obtain an overall national score in this area.

In this area, evaluators determine the extent of information each authority has made publicly available across 12 categories, such as the authority’s organizational structure, operational details and public procurement. Authorities are given a grade of full (100%), full to partial (75%), partial (50%), partial to none (25%) and none (0%) for each of the 12 categories, depending on the amount of available information. The authority’s overall score is the average of these category values; for example, Canada’s foreign ministry, Global Affairs Canada, scored 75% for the organizational structure category and 100% in all others, resulting in an overall score of 97.92%. The scores of all authorities are then averaged again to get the national score.

The methodology evaluates the procedural processing of the request using four metrics (whether a receipt was issued, the timeliness of the response, the form in which the information was received (email or mail) and the reasonableness of any fees) and the substantive completeness of the response. The procedural and completeness analyses are graded using a three-point scale: yes (100%), partially (50%) and none (0%). The procedural final score is the average of the scores for the four metrics. A result score is then allocated depending on how the authority actually responds to the request (for example by providing the information, not responding at all and so on). The overall authority score is the average of the procedural and result scores. For example, the Department of National Defence received 75% and 0% in the procedural category for the first and second requests respectively. The overall procedural grade for the Department was 37.5%. The Department received 100% for the substantive response to the first request and 0% for the second, resulting in an overall result score of 50%. The final score for the Department was 43.75% (the average of 37.5% and 50%).

Although Canada did well at implementing the ATI Act, CLD offered several recommendations to improve the country’s performance. First, efforts should be made to increase the consistency in response time to information requests and increase transparency in proactive disclosure, specifically in the areas of contracts and public procurement. Second, more precise guidelines should be published in relation to the processing and handling of requests. Finally, those authorities which are covered by the ATI Act but rely on a parent organization to handle RTI requests should explicitly redirect people to the parent organization.

Find CLD’s application of the FOIANet methodology featured as a case study in TAP’s 2021 update to the SDG16+ Civil Society Toolkit that will be published in early July 2021.

About TAP Storytelling: In 2021, TAP Network is launching the TAP Storytelling Initiative, which will aim to closely and frequently highlight the work of our Network through working directly with them to produce quality online content about their endeavors. Together in this initiative, we will aim to intimately spotlight the work of our Members and Partners and the challenges, successes, failures, processes and problem solving that comes with it, while also offering the chance for wide promotion through TAP’s outreach channels. We hope that these opportunities will not only offer heightened visibility of the work of our Network, but will also inspire and educate more commitments to SDG16 and transparency and accountability for the 2030 Agenda as a whole. If you are interested in spearheading this work with us, head to our TAP Membership Engagement Portal where you can find the Storytelling Form to submit your interest.

Disclaimer: The views and opinions expressed on the TAP Network Blog Platform are those of the authors and do not necessarily reflect the official policy or position of the TAP Network. Any content provided by our bloggers or authors are of their opinion.